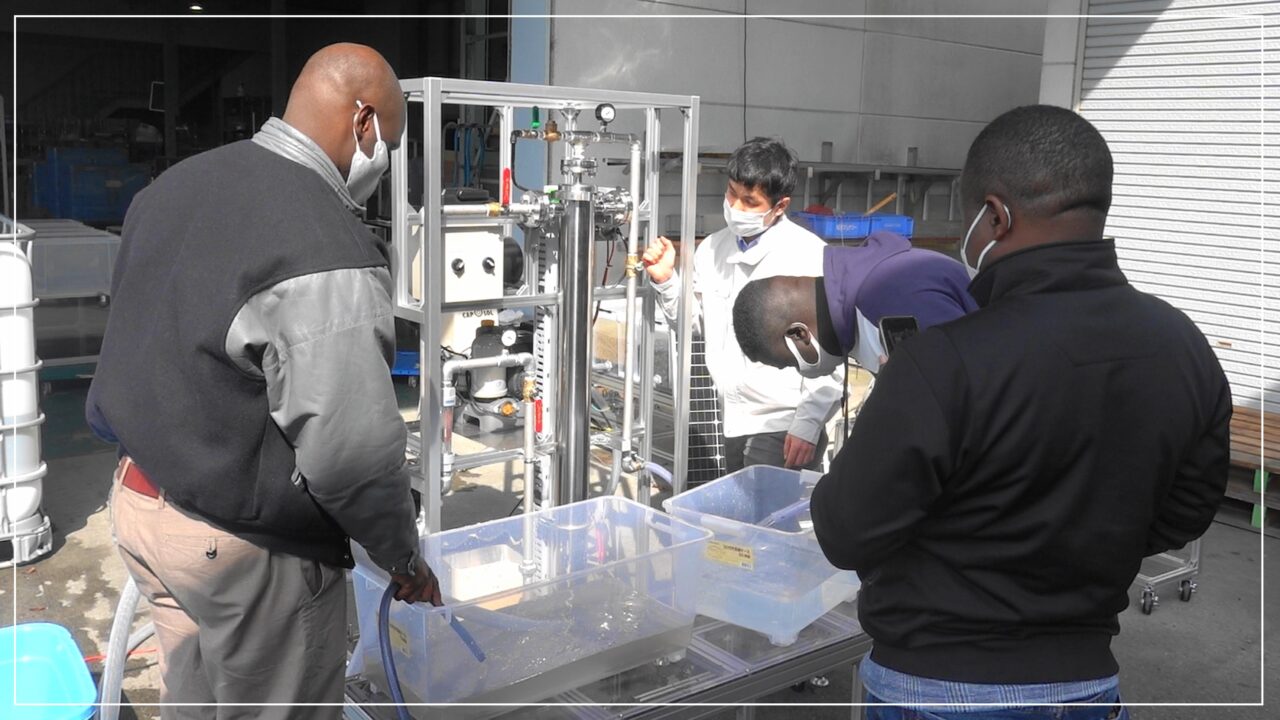 Solar Irrigation System
Due in part to climate change, all of the international students were interested in solar irrigation systems. The majority of the population is involved in primary industries. Solar irrigation systems are expected to ensure the stable growth of crops and increase the amount of land under cultivation. During their internship, they tried affordable DC pumps and durable AC pumps in practice. Each is powered by a solar system that does not use batteries. 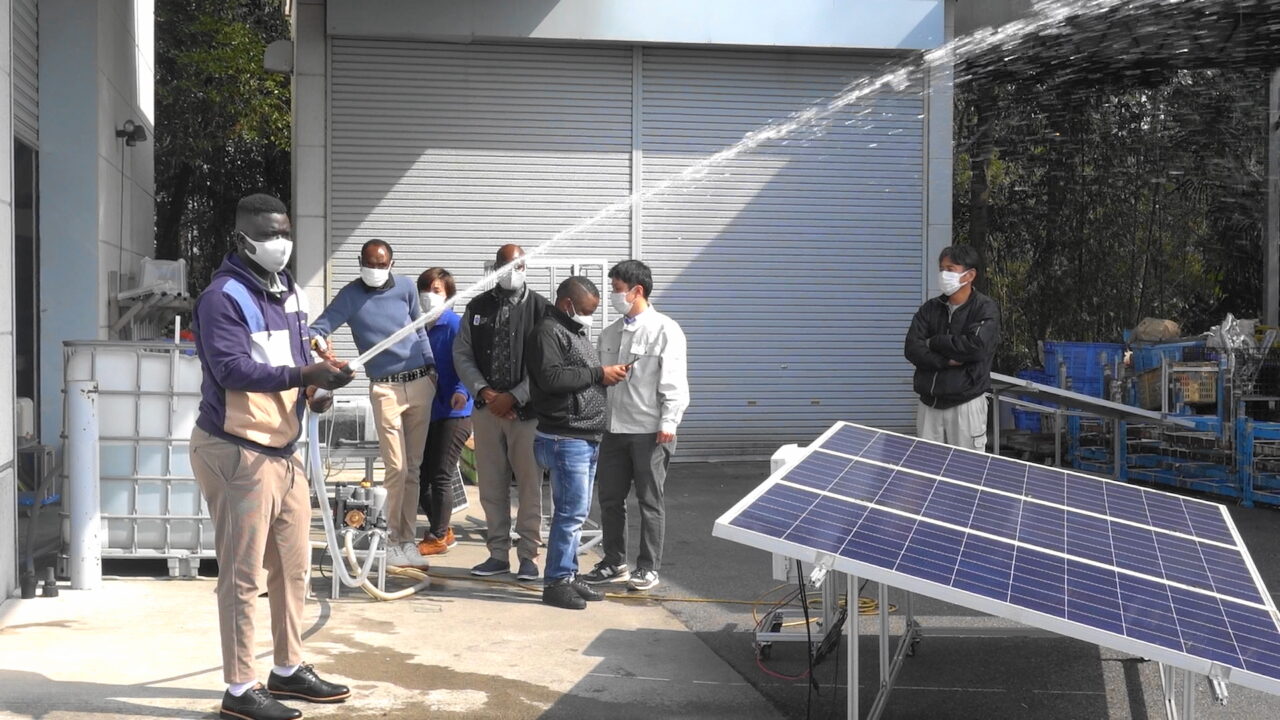 Solar-powered, water purification system
Our water purification system instantly purifies muddy water to the same quality as bottled water. The water is very clear and they were very surprised at the performance. The system can also be run by a solar system that requires no battery connection. This makes it possible to provide a stable supply of high quality water in large quantities, even in areas where access to electricity is difficult. This system, which does not use chemicals, is good for the body and economical. 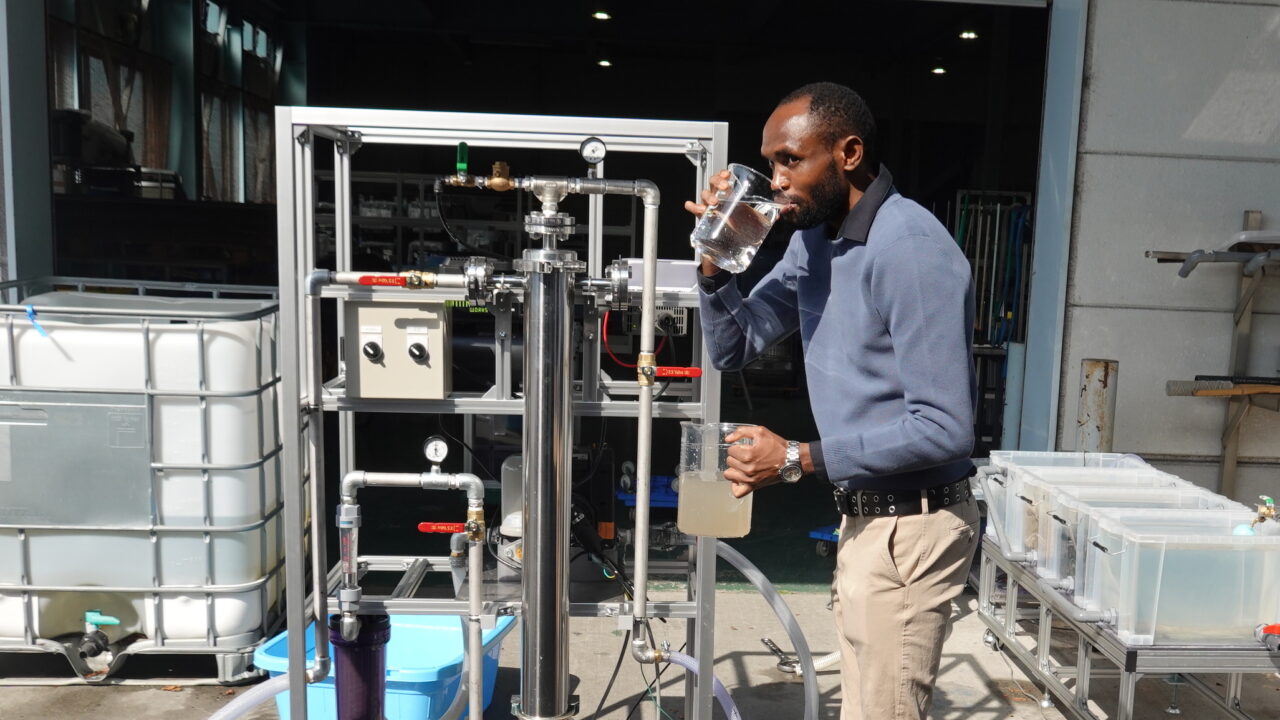 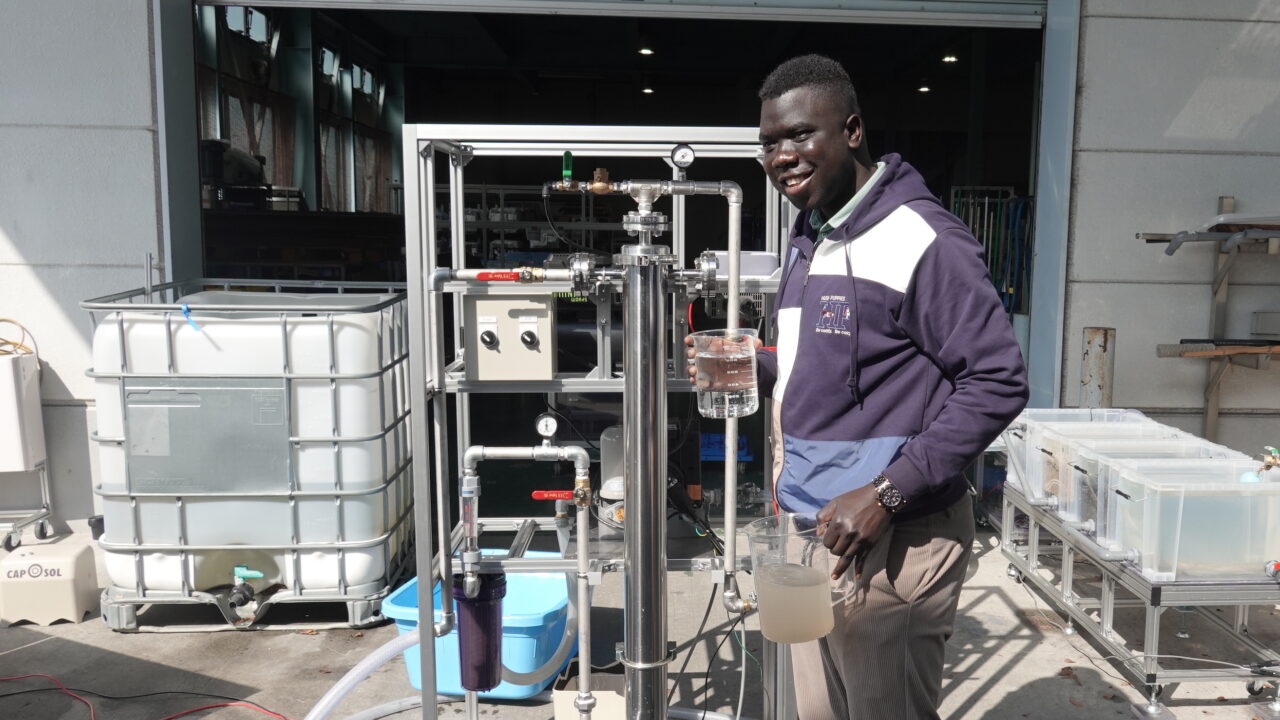 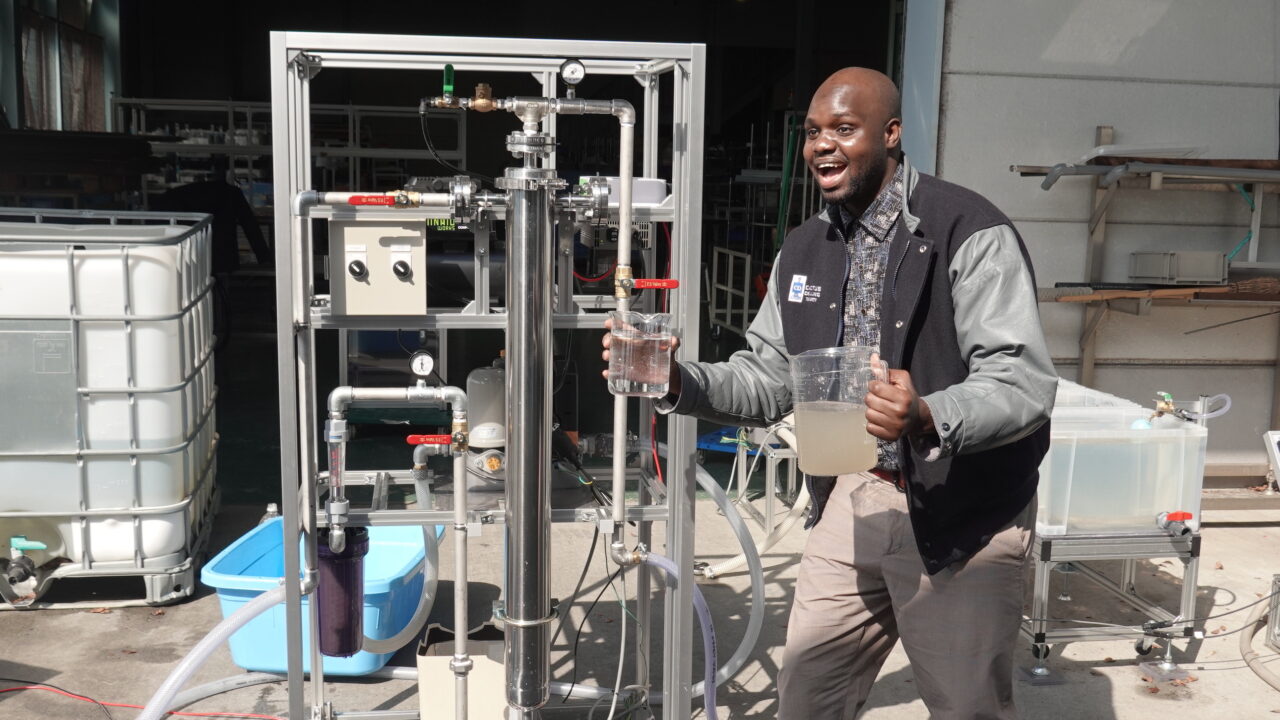 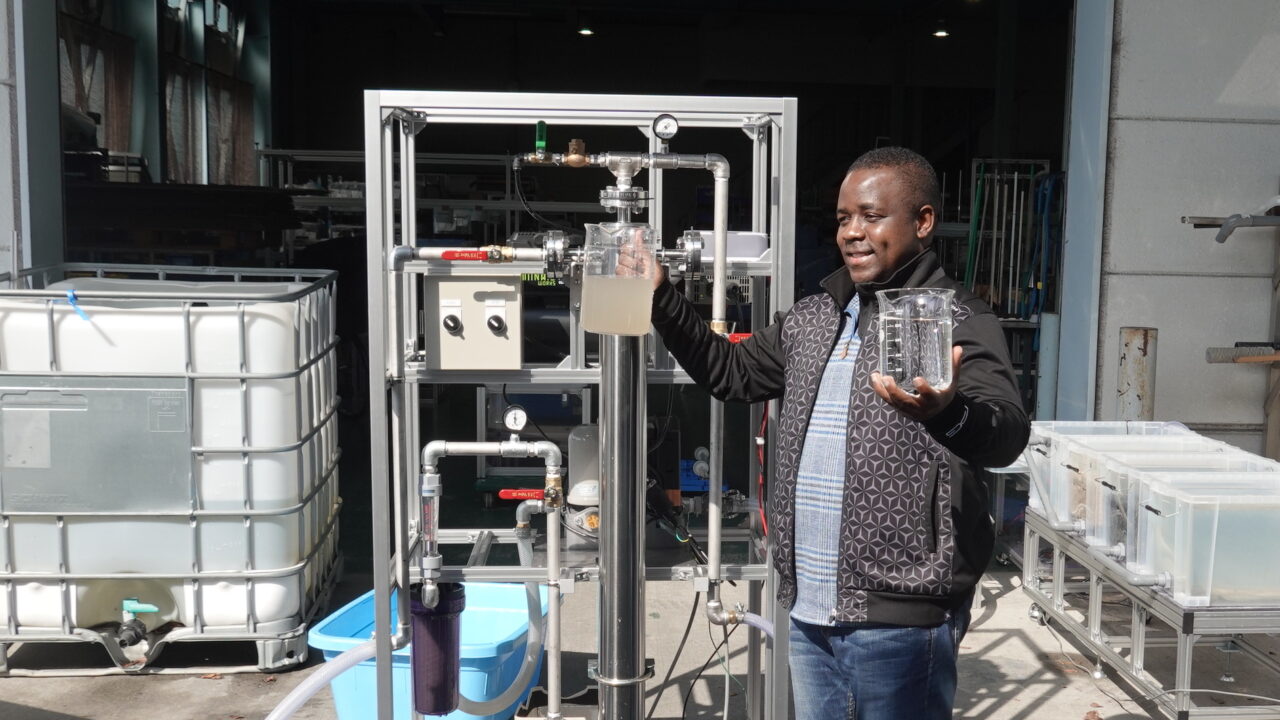